A fab piece from Natalie of Rock’n’Roller Parlour summarising her first year with us!

Just over a year ago,  I started my journey into self employed life by setting up and launching the Rock’n’Roller Parlour at FarGo Village. Looking at her now, you’d never have thought that she almost didn’t happen with various hiccups along the way – but that’s another story altogether!

Having taken the plunge and bought a secondhand, battered and unloved 1994 Freedom Jetstream caravan, my dad and I spent the next 10 months stripping out and remaking the caravan interior to look like the Rock’n’Roller Parlour that you see today.

Having scoured the internet and found various venues, my eyes stumbled across the awesome little creative hub that is FarGo Village. Thankfully, everything went according to plan and 8 months after our initial meeting, I moved in!

Feeling nervous was an understatement. Jacking in your regular paying job where you’re dangerously unhappy to start up a business that you have no idea whether or not it will work but could potentially give you the chance to look forward to coming to work – it’s a risky time!

My parents had shown concerns about me feeling lonely. What would I do if I didn’t have clients for a few hours? Sit in the caravan and just wait until they arrive? This was something I hadn’t really considered, but I reassured myself that I wouldn’t be there to make friends. I was there to run a business and anything extra was a bonus!

Thankfully and unsurprisingly, everyone was immediately welcoming. I made sure I introduced myself to each tenant and immediately struck up a friendship with Ian (PopBangColour) and Rob (Dashing Blades). I’ve never experienced this type of friendship with guys before.. they’re like my big brothers. Any worry or episode I have, I go to them for advice and they either console me or tell me to grow some balls and stop being silly!! Like I say, big brother attitude! This is something I could never have asked for so thanks boys. (I know you’re going to rip me for this later and I’m ok with that.)

My first year has been an eventful learning curve. In addition to the highs of getting to do what I wanted creativity wise, there have been a few.. alterations, shall we say, to the Rock’n’Roller Parlour. 4th December 2016 – I experienced frozen pipes for the first time. Good job I had a hairdryer and my dad on hand with extra insulation! Spring 2017 – the dangers of the sun. Cue window canopies and foil lining on the roof!

So.. a year on. Was FarGo the right choice? Without question! Being part of the FarGo Famalam, as Auntie Olive once called it, is a rare opportunity. You become friends with individuals whose paths would usually never cross with your own. Most importantly, you’re surrounded by people who genuinely want to do well in their businesses which further causes you to develop extra drive and ambition.

Let’s see what next year is going to rock’n’roll my way…! 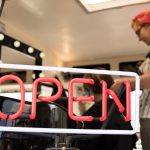 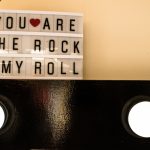 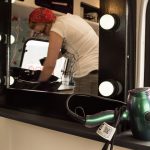