This Autumn, we’re joined by the acclaimed Screening Rights Festival team for one night of this year’s programme, on Friday 26th November from 6.30pm. Join us and watch ‘Unapologetic’, and also discover the work of Screening Rights Festival’s youth programme SAVI, and their fantastic films. To add the date to your calendar, or book your free ticket, check out our What’s On page here.

Meet Janaé and Bella, two fierce abolitionists whose upbringing and experiences shape their activism and views on Black liberation. Through their lens, Unapologetic provides an inside look into the ongoing movement work that transformed Chicago, from the police murder of Rekia Boyd to the election of mayor Lori Lightfoot.

Unapologetic captures a tense and polarizing moment in Chicago’s fight for the livelihood of its Black residents. The film follows Janaé and Bella, two young abolitionist organizers, as they work within the Movement for Black Lives to seek justice for Rekia Boyd and Laquan McDonald, two young Black people killed by Chicago police. They aim to elevate a progressive platform for criminal justice to a police board led by Lori Lightfoot and a complicit city administration, while also elevating leadership by women and femmes.

JANAÉ BONSU, 24, moves from South Carolina to Chicago committed to pursuing her PHD in social work. However, in the midst of all of the trauma surrounding state and intra-community violence, the movement calls her for a higher purpose. She joins the Chicago chapter of Black Youth Project 100 (BYP100), a young activist organization committed to progressive change in Black communities through policy and direct action. Janaé ventures beyond the ivory towers of her university knee deep into the Movement, eventually rising the ranks to national policy chair. However, her enthusiasm to organize wanes as challenges and controversy strike the organization, forcing her to grapple with the physical and mental toll of leadership. With her academics faltering, she questions whether she has the stamina to achieve her personal goals while still fighting the good fight.

Meanwhile, in the heart of the city, a loudspeaker closely follows Chicago-native BELLA BAHHS, 22, at a protest as she proclaims, “this is Black history that we are making! Even if we don’t, our stories gon’ make it!” The crowd erupts. Soon after, a video of this performance goes viral, changing her presence both within and outside her Chicago community. She is thrust to the forefront of the Movement as an artist-activist. Internally, however, Bella grapples with the recent death of her grandmother, her primary caretaker while her parents were incarcerated. Only after Bella attends a picnic for a historic, local gang do we uncover her grandmother’s roots as a respected gang leader. But “gang” means something different to Bella; to her, they were the community leaders that gave kids school supplies and made sure the block was fed. So, when Bella powerfully leads the chant: “Protect and serve, we are the police! We’re taking back our community!,” it’s inspired by the grassroots leadership of the street warriors that raised her.

Throughout the film, we see how movement actions play out in the landscape of ‘Chicago’s city politics. After a slew of protests in response to the murder and coverup of Laquan McDonald, Mayor Rahm Emanuel fires Police Superintendent Garry McCarthy. While seen as a win for the organizing community, our characters continue fighting deep, personal battles. After failing an assignment and risking her doctoral career, Janaé realizes the ways in which organizing can cause her to overextend herself. For Bella, the stakes are even higher. Her brother is sentenced to fifty years in prison, leaving her to balance her true purpose in movement work while her family struggles to survive within the criminal justice system. Furthermore, discord within the organizing community moves Janaé and Bella to reconsider the impact of their multi-year efforts. They find themselves unable to separate the movement from their personal lives and begin to ask – in a Trump-era America – what does a sustainable lifestyle look like for both their community and their own well being?

After winning a Soros Justice Fellowship to pursue work in criminal justice reform, Bella makes the courageous decision to create the Sister Survivor Network, an organization that aims to help heal women impacted by America’s prison system. Janaé overcomes the challenges of balancing organizing work and her PhD program by being elevated to the National Co-Director of BYP 100 and officially becoming a PhD candidate; in an emotional scene, she triumphantly defends her dissertation proposal. 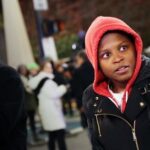 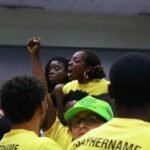 In the winter of 2012, Rekia Boyd was just getting started in life. Her friends describe her as someone prone to smiles and laughter. She dotted her i’s with hearts, was a big Drake fan, and expressed herself freely on Facebook while trying to figure out her relationship status.

In the winter of 2012, I was also just getting started. I was in my first year at Northwestern University’s film program and was one of less than ten Black people in my class. A slew of racist campus events caused me to feel further isolated and pushed me to begin speaking out about how racism affected my everyday. Slowly but surely, I began integrating these realizations into my art.

In March of that same year, Rekia was hanging out with her friends near her home when she was killed by a stray bullet. It took three years for the police officer who shot her to be brought to court, and after years of waiting for justice, it was deemed a mistrial. It seemed that he would walk away without being held accountable.

Three years later, people of all ages from neighborhoods throughout Chicago came together to organize around their frustration. With nothing but a borrowed camera and monopod in hand, I joined the hundreds descending upon Chicago Police Headquarters to demand justice. The energy was electrifying. Black women on bullhorns stood in front of crowds leading the space. For the first time, I experienced a different narrative unfolding in the enduring struggle for Black freedom – one led by Black feminist voices. I couldn’t help but see myself in them.

Shortly after, I began to document two of these voices: JANAÉ BONSU, a 24-year-old pursuing her PhD in social work while also rising the ranks of a national activist organization; and BELLA BAHHS, a 22-year-old “rap-tivist” from the Westside of Chicago whose artistry and activism seek to heal women harmed by intergenerational effects of incarceration – women like herself. Over the course of two and a half years, we watch as these women grapple not only with what it means to lead a mass movement, but also to enter early adulthood as Black, queer women.

I have been a filmmaker for nine years now; Unapologetic is my feature film directorial debut. Five years after beginning production, we have completed the film. While this documentation was certainly important at the time of filming, it proves even more essential now, especially in light of the recent killings of George Floyd and Breonna Taylor in 2020. As Lori Lightfoot has become the first Black, openly-queer mayor of Chicago, mainstream media has championed her as a symbol of progressive growth. However, the current reality in the city counters that. After years of intentional work, organizers are working to educate the community around abolishing and divesting from policing, despite a new mayor bolstered by representative politics. Unapologetic intentionally centers the narratives of the Black queer feminist organizers who brought forth the progressive platform that set the stage for Chicago’s historic shift in leadership.

I have always known and felt the presence of Black resistance in my life. However, the strong feminine leadership in the Chicago movement caused me to question where my history had been placed. How might my world have been different if I saw a young PhD student or a rapper that looked like me organizing a mass movement? Unapologetic has given me an opportunity to discover more about myself through this legacy of resistance, and take a more active role in it.

What does one usually require of a Black movement leader? Certainly not femme. Certainly not queer. Certainly not flawed, or quick to anger, or overly opinionated. By focusing on this refreshing counter narrative within the Movement for Black Lives, I wanted to recognize this heroic and thankless work, catalyzing empathy, understanding, and hope in all viewers at such a critical time for Black lives.

Book your free tickets for and enjoy this incredible film from The Box, Friday 26th November from 6.30pm.